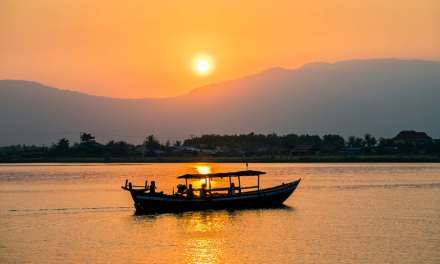 The broch is next mentioned in a report by the local Minister in 1797. By this time, brochs were believed to be watchtowers used as defense against, or by, Vikings. Dun Carloway featured prominently in reports on Western Isles brochs in the latter part of the 1800s, and as a result it was one of the very first ancient monuments in Scotland to be taken into state care. By this time a large a part of the wall had been removed, probably for recycling into the blackhouses built nearby: including the one whose walls still stand nearly complete below the access path.

Today Dun Carloway is approached from the car park past the Doune Broch Centre, built largely underground, and containing an exhibition giving a sense of what life in the broch might well have been like. This is run by Urras nan Tursachan, The Standing Stones Trust (as is the nearby Calanais Visitor Centre), and the broch itself is in the care of Historic Environment Scotland..

This is an excerpt from the Anti-pope Games story in my book, Sports the Olympics Forgot

The next oldest race is the Greyhound Race that dates from 1621. Here the artificial hare is chased around three laps of the track by greyhounds dressed in monk’s costumes. The hare wears a Papal Crown and carries a Papal Staff. Again this is a toned-down version of the original where a real hare, wearing a mitre, was hunted to death by greyhounds. Nowadays, the winning greyhound and owner receive a kennel for the dog that is modelled on the Pope’s Palace at Avignon. A greyhound named Luther has won the race the most times with seven wins in the period 1898 – 1905.

Dating from 1645 the oldest athletics event is the Papal shot-put where contestants have to land their throws in a Papal mitre that is placed 15 meters and 17 centimeters from the rim of the shot-put circle. Each contestant is allowed six attempts at this accuracy contest and the winner is the person who lands their put in the hat the most times. Hugo Benjamin Draxler won the event thirteen times between 1794 and 1831. Draxler has been an important figure in the Games as he also lobbied the organizers to introduce a spear throwing contest where the aim and the rules were literally the same as those of the shot-put contest. After the success of the 1924 Summer Olympics in Paris both a discus and a hammer contest were introduced in 1925 with the Papal Mitre situated 60 meters and 68 centimeters from the throwing circle. No one has ever won the Discus event and the Hammer event has been won just once in 1958 by the Soviet Anatoli Timofftichuk. 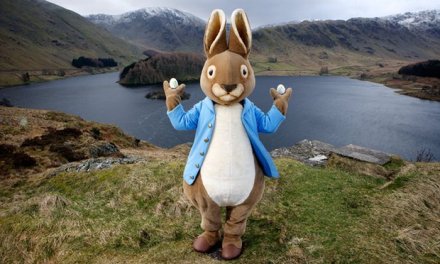 On Easter Monday in Atherstone in Warwickshire an unusual sports event takes place that attracts hundreds of competitors. It’s the annual Beagle Chasing extravaganza,which dates from the restoration of Charles II in 1660.

The chasing takes place over a number of distances and comprises individual and team events. There are no separate races for men and women and no age-group categories. The main reason for this is that all contestants wear a hare costume and must carry a vegetable in their hand during the race, in deference to the diet of the hare. The beagles chase after an artificial scent laid by a dragsman, who wears a fox’s costume.

The scent is made from animal droppings or human urine, aniseed, and fixative. The dragsman pulls it along in a bag to create a cross-country trail. The oldest event is the Replace the Collar contest where individual hares chase a beagle across country, replace its collar, and return to the start all without dropping their vegetable on the ground. Each hare chases a different beagle and the dog is always given a five-minute start over the hare. The beagles are allocated to the hares by means of a lottery as are the vegetables that are carried. These must never touch the ground or be placed in the hare’s mouth, but they can be thrown into the air should the hare have difficulty in removing the collar and require both hands for the task. Indeed, the best collar removing hare of the 19th century was Simon Reynolds, who was a professional juggler and so could accurately throw carrots and lettuces high into the air for a good ten seconds. The vegetable can also be balanced on the nose or on top of the head if the hare  so chooses.

Architecture and shopping go hand in hand at these characterful arcades, which also offer a glimpse into the city’s rich past 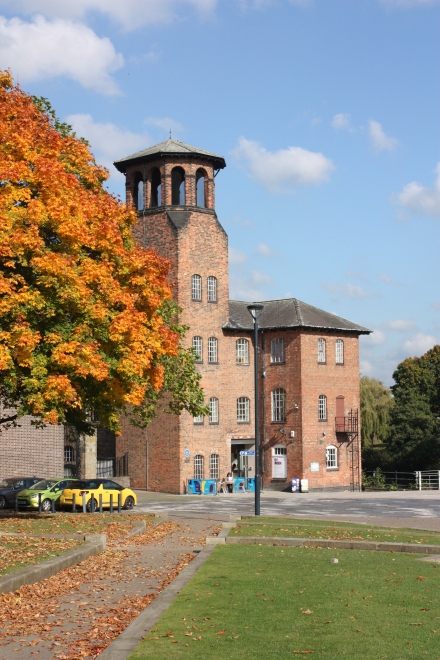 Recently, I visited Derby for the first time. I parked my car at the Parksafe car park in the Cathedral Quarter. This place styles itself as the safest car park in the world. You are issued with a plastic token, slightly larger than a credit card, when you arrive and before you can leave the building as a pedestrian, you have to activate your parking space by placing the token against a reader and keying in the number of your parking space. A voice indicates your parking space has been activated, which I believe means a motion indicator has been set underneath your car. To get yourself out of the building, you have to place the token against a reader on the exit door and another voice tells you the door is now unlocked and you can leave the car park.

Having negotiated the various readers and voices, I found myself outside standing by a detailed map of the centre of Derby. I was able to quickly work out where the Cathedral was and I duly headed there. The Cathedral of All Saints was largely being ignored by all the passers-by, apart from myself, who was admiring the freshly cleaned 600-year old tower built in the Perpendicular Gothic style. On the other side of the cathedral was a statue of the Young Pretender, Bonnie Prince Charlie, on horseback.

This statues commemorates his arrival in the city on December 4th, 1745. This was the furthest south the main part of the Jacobite army reached. About seventy highlanders were sent to the Swarkestone Bridge near Melbourne a few miles further south, the only route to London. These troops secured the bridge against British soldiers, whilst Charlie and his generals held a council of war.

Against what the prince believed was his better judgement, the council decided that, in the face of advancing government troops, the Jacobites should withdraw from Derby and head back to Scotland, where, of course, they met a fateful end at Culloden in 1746.

Next, I walked about fifty yards to the five-storey high Silk Mill next to the River Derwent. The museum is housed in Lombe’s Mill, an historic former silk mill which marks the southern end of the Derwent Valley Mills World Heritage Site. In this mill, on the upper three floors, the silk was twisted into thread by winding engines that spun the raw silk. On the lowest two floors, eight spinning mills produced basic thread. The single source of power was water from the river. The mill employed between 200-400 people. The fact that the mill turned raw silk into thread, as a complete process in one place, has led the Lombes’ silk mill to be described as the first successful use of the factory system in Britain.

I followed the riverside path, past the mill and under two bridges carrying road traffic, and found myself in another world away from the city. I was in Darley Park, with grass and trees stretching for a few hundred yards to the horizon. This park, by the river, is exceedingly pleasant and separates the city centre from the pretty and exclusive village of Darley Abbey.

Back in Derby I enjoyed looking around the rest of the Cathedral Quarter with its narrower streets and older buildings. I can recommend the coffee and cake in the Good Green Cafe at one end of the Strand Arcade.

Images from recent travels in the UK

I was born in Leicester. I attended school in Yorkshire and University in Liverpool. I have been to 93 countries and territories including The Balkans and Armenia in 2015, France and Slovakia in 2016, and some of the Greek Islands in 2017. My sense of humour is distilled from The Goons, Monty Python, Fawlty Towers, and Midsomer Murders. I love being creative in my writing and I love writing about travelling. My next books are a travel book about Greece and a novel inspired by Brexit.

Sports YOU should know more about. This book describes 40 fictional sports including: The Dracula Race in Romania. Here contestants have to run around Sighisoara before cycling to Bran Castle and cook kebabs on the way. Mongol Vegetable Chopping from Russia. Participants have to chop vegetables whilst riding along on horseback. Curling Pool from the USA. Here the […]

Sports YOU should know more about. This book describes 40 fictional sports including: The Dracula Race in Romania. Here contestants have to run around Sighisoara before cycling to Bran Castle and cook kebabs on the way. Mongol Vegetable Chopping from Russia. Participants have to chop vegetables whilst riding along on horseback. Curling Pool from the USA. Here the […]